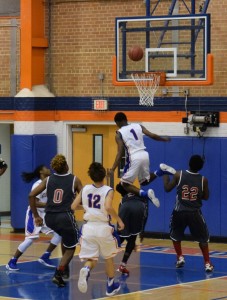 The Lee Generals traveled to Columbus, GA and defeated the undefeated Columbus Blue Devils 74 – 64.  After opening a second half 18 point lead the Generals saw the Devils close the gap to four in the fourth quarter before opening the lead back to double digits.  The win improves the Generals record to 6 and 0 for the season. 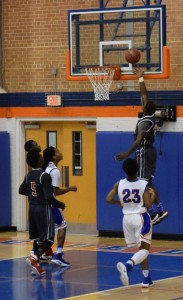 The Lady Generals dropped their game to the Lady Blue Devils 71 – 60.  The Generals were led by Zippy Broughton with 22 points and Zinaya Crawford with 16.  The Devils boast a Kentucky and Alabama basketball signee and two other D1 athletes on their roster.  The Lady Generals were within four points midway through the fourth quarter when they were charged with a very questionable substitution technical and that was followed by three consecutive fouls.  Lee was called for 18 total fouls in the second half and saw the Devils hit 16 foul shots in the fourth quarter.  They will travel to Selma Tuesday evening to take on the Lady Saints.